Bear is one of the most beloved animals in North America.

There are three species of bears in North America: black bears, brown bears (which includes grizzlies) and polar bears.

The most common one is the black bear (Ursus americanus). Even so it is called the black bear, they can be various shades of black, cinnamon, blonde, blue/gray, or even white! The black bear can be found in all Canadian provinces and territories except Prince Edward Island, and 40 States in USA as south as northern Mexico.. There're approximately 900,000 black bears throughout North America. They can grown to about 3 feet at the shoulder and 5–7 feet (1.5-2 metres) tall when standing upright. Their weight ranges from 100 to 600 pounds (occasionally as much as 700) depending on age, sex, and season (Adult female bears, calledsows, weigh about 175 pounds(90 kg). Adult malebears, called boars, weigh around 400pounds). Average life span for this type of bear is around 15–25 years. Black bears can live in various types of habitat, suchas hardwood forests, dense swamps andforested wetlands. They can also climb trees and are strongswimmers. Black bears can run 35 milesper hour

Black bears are omnivores and will eat just about anything from plants like skunk cabbage, grasses, berries,acorns and nuts to people’s garbage. They also eat bees, ants, termites, eggs, small animals like deerfawns and dead animals. They are an opportunistic feeder, which means that they willeat any food they find available. Black bears tend to be most active at night, but may feed or travel at any time.

Black bears spend the winter in dens to avoid the cold weather and the lack ofavailable food in forests. They make their dens in rock cavities, hollow trees, innests on the ground and beneath branch piles.Inside of their dens, they go into a long winter’s sleep, called torpor. They are nottrue hibernators, so they may wake up and leave their dens to search for food onmild winter days.

Babybears called cubs. Cubs are born inJanuary and they weigh about 8 ouncesat birth.They are born blind, covered with finehair and they nurse on their mother’smilk.Female bears may give birth to 1 to 6cubs at a time. Cubs grow very quickly and they weighabout 80 pounds by the time they areone year old. Young bears stay with their mother forabout one and a half years. Then, theyleave the family unit in search of theirown area to live. Black bears are very intelligent, shy, and secretive animals - actually seeing a bear in the wild is a very rare experience.

Black bear is the official state animal of New Mexico since 1963. It's also a mammal symbol of Alabama, Louisiana, and West Virginia. The black bear is the most common and widespread bear in Canada, the Kermode bear (Ursus americanus kermodei), is a subspecies of the American black bear and lives in the Central and North Coast regions of British Columbia, Canada. It is the official provincial mammal of British Columbia.

While the black bear is found only throughout North and Central America, the brown bear family is spread all over the world. In North America, the grizzly and Kodiak bear are the most widely-recognized subspecies of brown bear. Grizzlies are massive animals with humped shoulders and an elevated forehead that contributes to a somewhat concave profile. The brown bears roam around Alaska, parts of western Canada, and isolated pockets of the northwestern United States. Despite their enormous size, brown bears are extremely fast at speeds of 30 miles per hour. They can be dangerous to humans, particularly if they're surprised or if a person gets between a mother bear and her cubs.

Brown bears can be easily recognized by their most distinctive feature--shoulder hump. Super strong shoulder muscles help brown bears to dig up roots and tear apart logs to find food. They can move rocks and logs and dig through hard soil and rocky ground using their long sharp claws when making their dens.

Brown bears roam enormous home ranges-up to a thousand square miles. Large adult grizzlies may be about 8 feet (2.5 metres) long and weigh about 900 pounds (410 kg). Male brown bears can tower 10 feet tall and weight over 1,200 pounds. Over the winter, a grizzly bear can losse 150 pounds. Each spring the bear marks the boundary of its territory by rubbing trees, scratching bark, or even biting large pieces from the trunks of trees. During late summer and autumn, grizzlies accumulate large amounts of fat and then retire to dens in winter. Cubs, most often twins, are usually born in January or February after about 6–8 months of gestation.

In the continental United States, however, fewer than 1,000 remain, and they are protected by law.

The brown bear is recognized as a national and state animal in several European countries. It is California's state animal even though it went extinct there in the 1920s. The grizzly bear has been the subject of many Native American legends--American Indians appreciate these animals large and very strong but could also move quickly in spite of their size. Therefore these magnificent animals became the center of Indian legends. Often found in Indian paintings and engraved in jewelry as a sign of strength.

Few animals have captured the imagination like bears, references to bears are widely found in ancient and modern literature, folk songs, legends, mythology, children stories, and cartoons. Bears are among the first animals that children learn to recognize. They can stand on two legs, walk on the soles of their feet, pick things up with their “fingers,” and often eat what we eat. This—coupled with their ability to communicate with one another through scratch marks left on trees, smells and sounds—establishes a similarity to our own way of life. 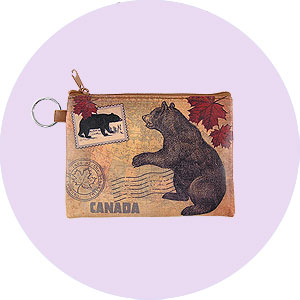 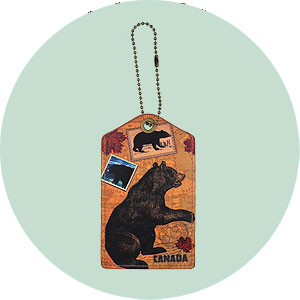 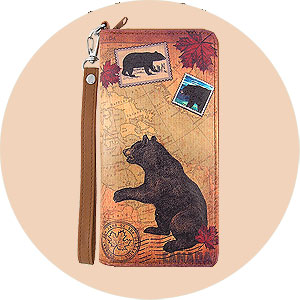 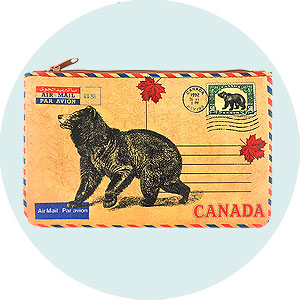 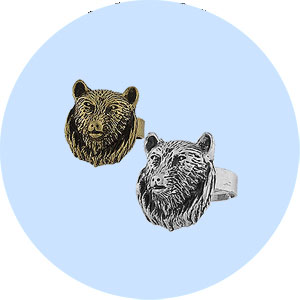 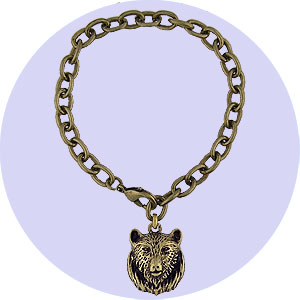